@7Stories could you please send a birthday card to a library celebrating its centenary this year? pic.twitter.com/ia2vpdIpMh
— Suzanne Fenna (@suzylou1978) January 19, 2015

You probably can't read the text, but it says:


Wallasey Central Children’s Library is celebrating Its 100th Birthday! One of the first separate public libraries for children in the country, the library was opened during WW1, survived being bombed in WW2, has been much loved by generations of Wallasey children and reaches its centenary in 2015. Readers and Staff at Wallasey Library would like to invite anyone who loves libraries to help us celebrate by… Sending us a birthday card! Please send a 100th Birthday card – homemade cards welcome of course – as early in the year as possible to Wallasey Central Children’s Library, Earlston Road, Wallasey, CH45 5DX. Please include a mention of a children’s book you have particularly enjoyed. Wallasey children and their parents and carers are sharing and enjoying books every day.  They would love to hear from you. Thank You! From All at Wallasey Central Children’s Library.

Well, I couldn’t turn down a request like that – and, very appropriately, I even found a 100th birthday card illustrated by one of my favourite children’s illustrators, Quentin Blake. 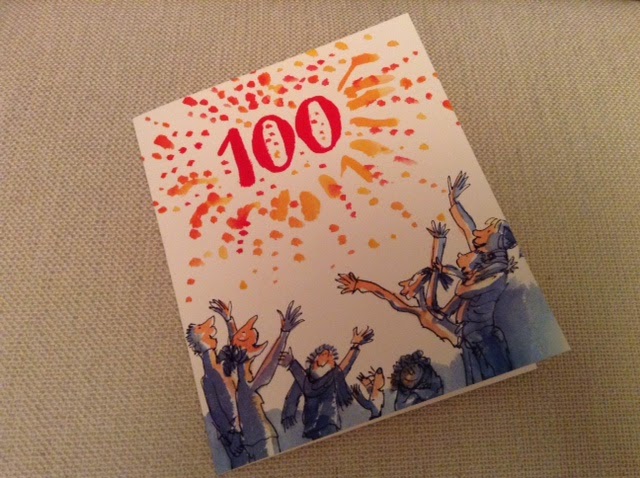 As asked, I added a note about my favourite children’s book, Anne of Green Gables - which is even older than the library itself as it was first published in 1908. Then I sent my card off – why don’t you do the same? I’m sure the library would be delighted to hear from you.﻿
﻿
Posted by Anabel Marsh at 15:59

Email ThisBlogThis!Share to TwitterShare to FacebookShare to Pinterest
Labels: Libraries