This is a guest post by my friend and former colleague, Gordana Nesterovic:


I attended this event at the Edinburgh International Book Festival on 22nd August. It was announced as a forum which would discuss, with its panel and audience, how scientists are portrayed in fiction, looking at young people’s literature in particular. 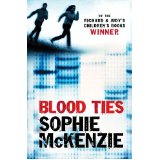 Panelists included: Sophie McKenzie, an author who has written about genetics in her Medusa project and Blood ties series, and whose books are aimed at teenagers, Dr Alistair Elfick, Director of the Centre for Biomedical Engineering at the University of Edinburgh, and Dr David Kirby, Senior Lecturer in Science Communication at the University of Manchester.

The event lasted an hour during which David Kirby, who chaired it, introduced panelists to the audience and talked a little bit about their work. It was an interesting choice of panel, promising  to provide food for thought from all sides, both from the author’s point of view and the scientist’s way of looking at it, and also to give an insight into how science is communicated in the media, film and literature – how scientists see themselves portrayed and what artists are interested  in when trying to portray the scientist. 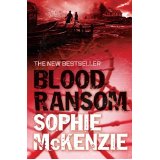 Science is perceived in school and by most people as a ‘facts and figures’ discipline which is very linear, but in fact it is a rich source of innovation and it requires a huge amount of creativity. Terms ‘day science’ (presentations of achievements) and ‘night science’ (countless unsuccessful experiments) were mentioned as well as a member of the audience pointing out ‘science of the dungeons’ (endlessly filling grant application forms).

Sophie McKenzie mentioned her research for the Medusa project on science forums. Material for her book came from debates of scientists who were all ‘for progress of the society’ and not ‘good scientists fighting evil ones’. Equally, she uses the characters and plot of her stories to explore the emotional and ethical implications of scientific experiments. 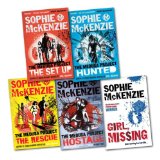 I enjoyed the event and felt that the panelists were very good, but the discussion did not go in the direction of providing answers as to why scientists are described in this way other than it being the expression of the fears and insecurities of society.

I would say that it could be described more as popularising science through talking about different aspects of scientific work, rather than answering questions and discussing how scientists were portrayed. In fairness, one hour is not enough time for a discussion that could go in so many different directions. I also hope that people will continue to think and debate how scientists are portrayed in children’s literature in particular, and search for heroic role models in fiction who are scientists.

If you would like to read Sophie McKenzie's books, they can be borrowed through your local library or, if you are a member of Strathclyde University, check what is available through SUPrimo.