A celebration of reading: choosing books for Carnegie and Greenaway 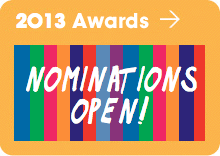 ﻿﻿﻿﻿In this guest post, Gordana Nesterovic describes an event to choose nominations for the prestigious Carnegie and Greenaway awards, and concludes that the methods used would be transferrable to other situations, such as the classroom or a children's book club.

I attended this free event in the Mitchell Library last week along with about 14 other participants. It was organised by CILIP (Chartered Institute of Library and Information Professionals) in order to decide on the Scottish nominees for CILIP's Carnegie and Kate Greenaway Children’s Book Awards for 2013. The event had a party theme, so the first part of it was set up as a game – there were 20 props for guessing book titles, all previous award winners. Some of them were really hard to guess, but some, like I will not ever never eat a tomato or Each peach, pear, plum were easy, and all of them provided a great sense of achievement once completed.

We were then put into three groups, each with a pile of books to look at and discuss. We started with the books suggested for the Greenaway award for illustration and were given guidelines on what we should base our judgements on: for example not to look at the story, but to look at the illustration, how it works with typography and how expressive it all is. This was great fun to do, but also a way to learn about some new books as well as looking at them from a different perspective than when one is actually reading for oneself or to a child: one did not need to have read the book. It was really interesting to see how quickly people become passionate about books that they had just seen for the first time. Groups moved around the piles of books and once they had seen them all, each group had to choose two that they wanted to nominate and then present their case. Everyone then had one vote to give to their favourite book, and in the end I want my hat back by Jon Klassen (for its simple but very expressive and effective illustrations) and Black dog by Levi Pinfold (for the lovely colours and very atmospheric pictures, also for how well the pictures were arranged around words) came out on top. Again by Emily Gravett was a very strong contender as well as Jack and the baked beanstalk by Colin Stimpson. The old classic Around the world in eighty days, illustrated by Robert Ingpen, caught my attention because it was the only book nominated for illustration that was not a picture book. The quality of illustration was outstanding and really captured the time of the story with the style of the drawings and colours used. Even though we did not choose to nominate it for the award, I was sure this would make a fantastic Christmas present for a book lover of any age.

The second part of judging was for the Carnegie award – the best storyline and how well it was told. I wish I had known the shortlisted books longer in advance but, all the same, enjoyed hearing about them and was certainly inspired to go and look for them. The decision was made much more unanimously with two books emerging way ahead of all other nominations: Far rockaway by Charlie Fletcher and  The weight of water by Sarah Crossan. Charlie Fletcher’s book was reported by all who read it (and most people did) to be a gripping story impossible to put down. The story features a very strong female character and would appeal to all, but especially to girls. Crossan's book is written in verse and was liked by people who would not normally like that style. It is a story, again, with strong female characters which explores relationships on many different levels. Morris Gleitzman's After was also highly commended. It is the fourth in a series but is a great story on its own as well. Several people mentioned the storyline in Crimson Shard by Theresa Flavin about unexpected turn of events during an ordinary visit to a London museum, which reminded me of Hollow Earth, a book that I recently reviewed here. 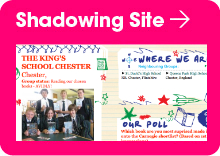 I think this model of judging is transferable and could be recreated and interpreted in different settings and in a variety of situations. I kept imagining children’s book club meetings or using it as a model for discussing books in the classroom, or choosing and deciding on the ‘book of the month’, for example. Teachers might like to use it in conjunction with CILIP's Shadowing scheme to get their students involved in the awards. I also feel this could also be a good team building exercise as such a lot happens in a very short time. I left the Mitchell Library beaming and inspired, having had a great time. I enjoyed looking at the new books and felt that I had also learnt a lot. I was pleased to know that Strathclyde University Library, where I work, already held several of the shortlisted books, and since the event, its catalogue shows many more as 'on order'.
Posted by Anabel Marsh at 10:58