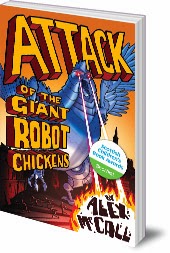 I wrote a couple of weeks ago about getting the details of my partner in Zoe's International Book Giving Day Book Swap. Since then I have picked my book, sent it off and heard that it has arrived in Japan! That's it on the left - I chose it because I wanted to get something Scottish, it's a prizewinning book and I've even met the author, Alex McCall (here's where I explain about that.)

What is Attack of the giant robot chickens about? This is what it says on the back of the book:


"Why did the chicken cross the road? To take over the world! Giant robot chickens are terrorising the city of Aberdeen. Their aim: to peck out all signs of human resistance. The streets are empty, the adults have vanished and those left behind must hide from the powerful poultry or get scrambled! Jesse and his friends hatch a plot to stop the fowl fiends and take back their city - but when a gang of kids takes on an army of angry robot chickens, things don't eggs-actly go to plan."

I'm guessing Alex likes puns a lot! I hope the humour is something that will appeal to the 10-year old bi-lingual boy in Japan who now owns the book. 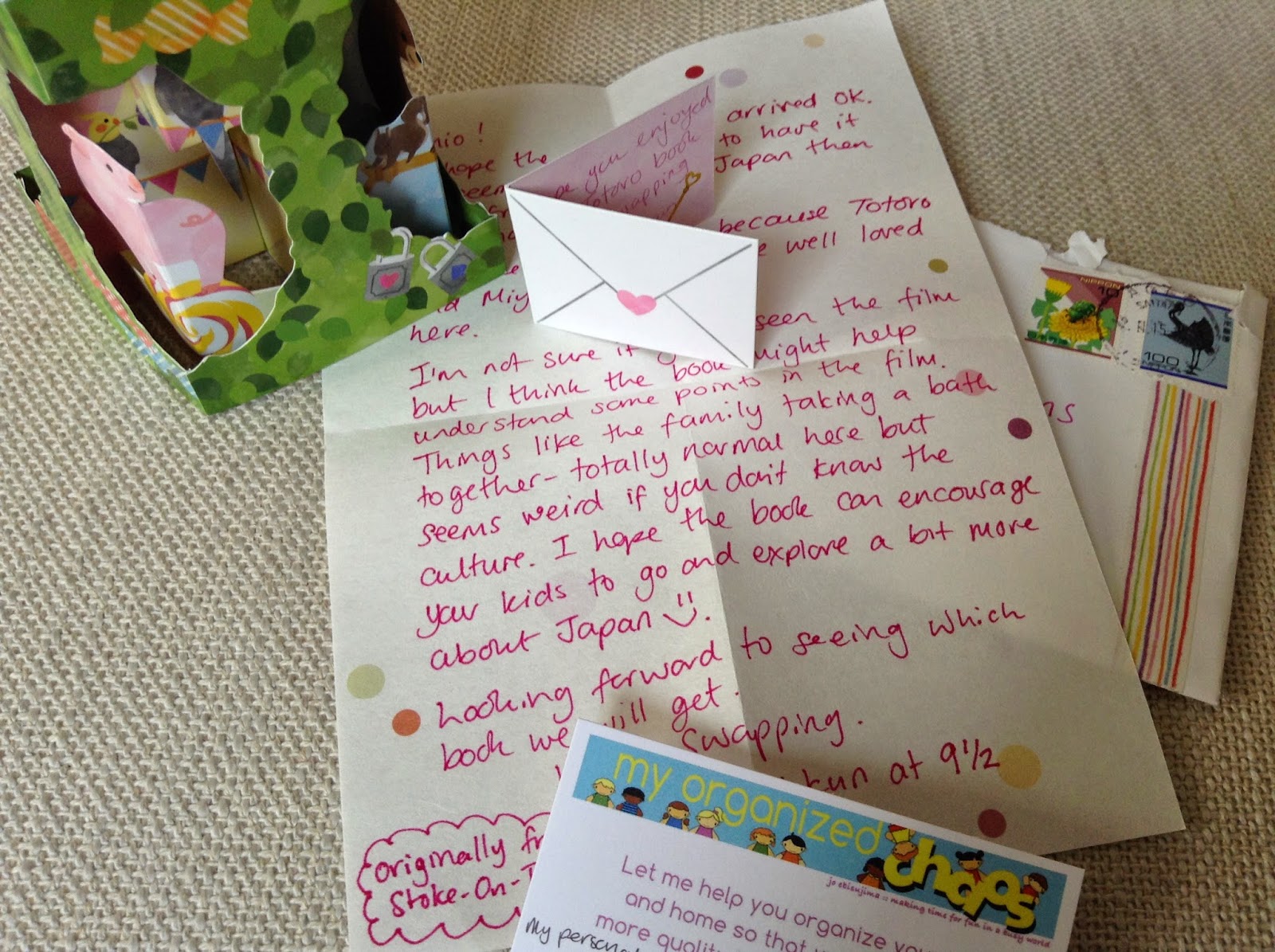 And what have I received in return? Well, Jo (the recipient's Mum) and I have corresponded by email a few times, and I received a lovely letter and card in the post (see left). Then today, my book arrived from the Book Depository. It's My neighbour Totoro, a novelisation by Tsugiko Kubo of one of Hayoa Miyazaki's films. I confess that I have only seen one of those (Kiki's delivery service) so I'm not very familiar with his work. Time to find out! This is an on-going story...