Book Week Scotland and other stories: posts of the week 3

The programme for Book Week Scotland (25/11/13 - 01/12/13) was announced this week. Some items particularly relevant to children are:
There's a new edition out of Books for Keeps, the online children's book magazine, featuring news, reviews and features on authors such as David Almond, Patrick Ness and Neil Gaiman.

New sites discovered this week include Outside In World - the organisation dedicated to promoting and exploring world literature and children's books in translation - and Picture Books in ELT which has just won the Best English Blog Award from Really Learn English. 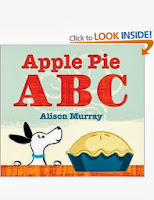 A couple of weeks ago, I mentioned Lynne Rickard's work as a Writer-in-Residence in Methil in Fife where she has been collaborating with a group of women to produce a picture-book on healthy eating. In the project's blog, The Methil Makars, this week there is an account of a workshop with Alison Murray, author of Apple Pie ABC. It's an interesting insight into how an illustrator gets from first sketches to finished book.

Last week, I mentioned an exhibition about children's books in New York. Slightly closer to home is the British Library's Picture This exhibition about ten of the most iconic illustrated children's books of the 20th century. The Telegraph lists all ten (my favourite has to be Paddington Bear) and the Guardian also has more information. It's on till 26th January if you happen to be in London before then.

Kirsty's Blog has a piece on drama and children's literature (not new, but I've just spotted it) - Kirsty is a B.Ed (Primary) student in Australia. Here, she writes about the work she did with her class based on Night of the gargoyles by Eve Bunting, and there's a lot more on drama elsewhere in the blog.

The BBC reports on a new survey by the National Literacy Trust which suggests that fewer children across the UK are reading in their own time and one in five is embarrassed to be caught with a book. This is sad for all sorts of reasons, not least the evidence that children who read do better at school and in life - most recently, again from a BBC report, the Institute of Education report found that reading improved performance not only in English but in Maths. Not to finish on a negative note, let's take this full circle and return to Book Week Scotland - a chance to get more children reading and try to increase the two in five in the survey who thought that reading was cool.

That's all for this week! Happy reading.